Tianeptine for Social Anxiety, All you need to know 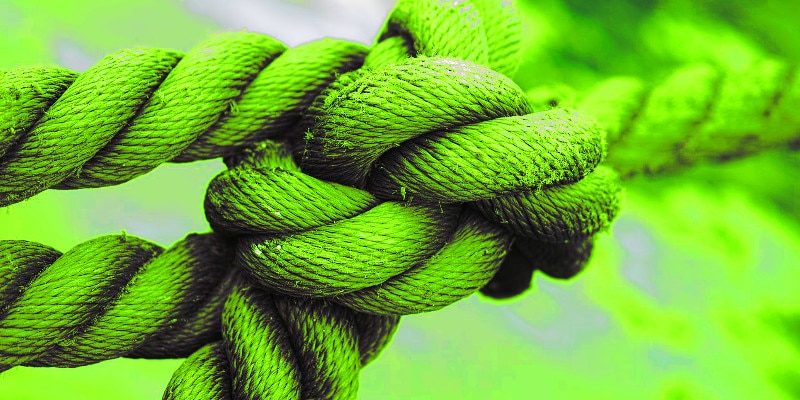 Tianeptine is useful for social anxiety for many reasons. It has a favourable side effect profile. Unlike other drugs prescribed for anxiety-like benzodiazepines, it’s non-impairing. Tianeptine also elevates mood. The increased positive effect seems to improve social interactions. (Or conversely, if you’re obviously depressed, it can make for some uncomfortable social encounters.)

Individuals with social anxiety (SA) are invested in the impression that they make. They place a large importance on being socially appraised in a positive light. SA often involves over-activation of the sympathetic response or hypervigilance in social situations. High-anxiety individuals tend to over-focus on themselves and are sensitized to social signals. This state of enhanced sensitivity can impair social performance.

Social anxiety (SA) can be debilitating. Yet, there are some overlooked positive aspects to SA. Individuals with SA are more attentive to other peoples states of mind. One study reported enhanced empathy in high-SA individuals. More anxious states increase awareness of the environment and help in reading social cues. But excessive sensitivity to social signals can also impair social behavior.

Benefits of Tianeptine for Social Anxiety

Tianeptine has grown in popularity over the last five years. It’s now a bestselling product at nootropics vendors like BlueBrainBoost.

There are good reasons to think that tianeptine alleviates social anxiety.

The mood-elevating effects of tianeptine are helpful if low mood makes social interactions uncomfortable.
Tianeptine is an opioid, and opioids have anti-anxiety (anxiolytic) effects
Unlike benzodiazepines, Tianeptine is non-impairing

There are some disadvantages to tianeptine.

Tianeptine’s chemical structure Tianeptine has a rapid half-life and only lasts 3 hours. Tianeptine’s rate of elimination may thus require re-dosing throughout the day. Case reports have described tianeptine dependence, abuse, and withdrawal. Tianeptine activates the mu-opioid receptor in the brain. Painkillers like oxycodone are also mu-opioid agonists. Opioids are some of the most widely abused substances.

But tianeptine does not carry the same abuse potential as many other opioids. Tianeptine’s recreational potential is limited. Excessive dosages only result in a mild “high” without euphoria. The typical dosage is 12.5mg – 25mg.

Tianeptine vs Other Anti-Anxiety Medications

Benzodiazepines like Xanax – affect GABA, the major inhibitory neurotransmitter
SSRIs like Zoloft – increase concentrations of serotonin at the synapse (connection between neurons)
MAOIs like Parnate – Increase serotonin, norepinephrine, and dopamine by inhibiting their metabolism
Antihistamines like Remeron – block the histamine receptor and the serotonin 5HT2A receptor. Remeron also disinhibits serotonin and norepinephrine release
Atypical antipsychotics like Risperidone
From the laundry list of drugs above, it’s easy to see that there’s no magic bullet for SA. Many of these drugs have major side effects.

Benzodiazepines predispose to memory loss and cognitive impairment. SSRIs cause sexual dysfunction and in some cases actually, exacerbate SA. A study hypothesized that too much serotonin (rather than too little as thought before) contributes to SA.

MAOIs are considered effective even for treatment-resistant SA. Phenelzine affects both GABA (by inhibiting GABA transaminase), as well as monoamines. The side effects of this class of medication are serious but overstated. Fears about a hypertensive crisis from consuming tyramine are overblown. While it is necessary to restrict tyramine, carrying nifedipine reduces the risk of a crisis. Nifedipine is a powerful and rapid-acting blood pressure lowering medication.

In contrast to these well-known medications used to treat SA, tianeptine is unknown by physicians in the US. Tianeptine’s mechanism is poorly understood, making it difficult to compare it to other drugs. The most important discovery about tianeptine is its binding affinity for mu-opioid receptors.

All considered, tianeptine is an effective and well-tolerated medication for SA. It also has the potential to restore brain function after severe and chronic stress. But tianeptine has the disadvantage of being unknown by physicians outside of Europe. This lack of physician oversight leads individuals with SA to self-medicate, which is not ideal.

Tianeptine side effects are considered mild and tolerable in comparison to many other antidepressants. The incidence of very serious tianeptine side- effects like liver injury and addiction are rare.

For example, the rate of tianeptine abuse is 0.1% – 0.3% among patients prescribed tianeptine in France. In comparison, the CDC estimates that there are over 5 million prescription painkiller users in the United States, accounting for 1.6% of the entire US population.

An advantage of tianeptine’s side effect profile is that tianeptine is not sedating, does not induce anticholinergic effects (e.g., dry mouth), and lacks cardiovascular side effects like hypertension 1.

Tianeptine is a prescription drug in Europe approved for the treatment of a major depressive disorder. Due to its unregulated status, tianeptine is marketed and sold as a nutraceutical or nootropic drug to individuals without a prescription in the United States.

Antidepressant vs Tianeptine Side Effects

Antidepressant side effects are frequently cited as a common reason for lack of patient compliance. Most patients who discontinue antidepressant therapy do so because of side effect intolerance. Hence, identifying antidepressants with a more favorable side effect burden is an important step in optimizing the treatment of depression.

In general, the side effect burden of antidepressants is ranked as follows:

where monoamine oxidase inhibitors (MAOIs) have the most burdensome side effects. To some extent, side effect tolerability is a question of individual preference. Some patients may not mind observing a tyramine-restricted diet, which is necessary to safely take MAOIs, but be unwilling to tolerate the sexual side effects of SSRIs.

Despite its classification as a tricyclic, tianeptine’s side effect profile is markedly unlike other tricyclic antidepressants (TCA) 2.

Other TCAs are strongly anticholinergic (resulting in dry mouth, constipation, and mild memory impairment). They’re also proconvulsant – they tend to decrease the seizure threshold – as well as sedating, appetite-stimulating, and can cause orthostatic hypotension. Orthostatic hypotension is a potentially dangerous drop in blood pressure that occurs on standing.

Tianeptine lacks the typical side effects of TCAs

Despite tianeptine’s structural similarity to other antidepressants, tianeptine’s distinct mechanism of action partially explains tianeptine’s less severe side effects. The antidepressant effect of TCAs has been attributed to increased serotonin and norepinephrine caused by decreasing the re-uptake (removal) of these neurotransmitters, as well as acetylcholine receptor blockade.

Unlike other tricyclics which can induce seizures even at therapeutic doses, Tianeptine has been deemed safe to use in patients with epilepsy. 20 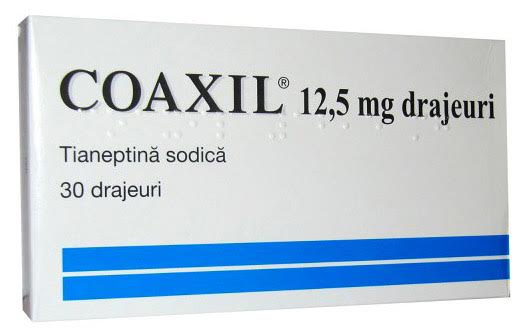 Based on the package insert, Tianeptine is associated with the following adverse effects:

Hepatotoxicity (liver failure) is in usually unpredictable and idiosyncratic. Interestingly, it is unrelated to drug dosage.

It usually takes about several days to 6 months after initiating antidepressant therapy for hepatitis to manifest. Antidepressant-induced liver injury, when it involves fulminant liver failure, is life-threatening.

Tianeptine-induced hepatoxicity is rare. Moreover, Perlemuter’s review has been criticized for being limited by publication bias (physicians tend to publish more severe case reports) and failing to account for the prescribing frequency of various antidepressants.

From 1989 to 2004, 141 cases of tianeptine abuse were reported in France. This corresponds with an incidence of about 0.1-0.3%. In 2007, tianeptine’s manufacturer Servier modified the drug insert due to problems with tianeptine abuse. Tianeptine is restricted in Singapore because of its abuse potential, while France began treating tianeptine as a controlled substance-requiring a secure prescription form like prescription narcotics.

Tianeptine Is a Direct Mu-Opioid Agonist

The abuse potential of tianeptine is almost certainly related to its activation of mu-opioid receptors in the brain. Tianeptine dependence and withdrawal mimics the withdrawal symptoms associated with conventional painkillers, albeit to a lesser degree.

If you’re interested in the pharmacology of tianeptine, Sames’ paper, published in Nature, is an excellent read.

“Doctor shopping” refers to the patient behavior of simultaneously consulting many physicians in a short time span, which is linked to substance abuse. One study reported that tianeptine had a high “doctor shopping indicator” compared to other antidepressants, suggestive of an above-average abuse potential.19

One paper, sensationalistically entitled “Addictive potential of Tianeptine – the threatening reality” (19801742) described 24 male patients who abused tianeptine. The average daily dose was 40 tablets (500 mg) administered intravenously. The authors linked the abuse potential with tianeptine’s opioid activity and dopamine release in the nucleus accumbens. Another study21 found that a single high dose of tianeptine does not induce a psychostimulant effect in healthy volunteers compared to methylphenidate (Ritalin). This result suggests the abuse potential of tianeptine is unlikely to be dopamine-related.

The consensus is that a reasonable tianeptine sulphate dosage is 25mg, or 2x the starting dose of tianeptine sodium.

Sulphuric acid is such a strong acid that even after it has lost one hydrogen to protonate a base, the remaining hydrogen is still acidic!

The standard tianeptine sulphate dosage is 25mg vs 12.5 mg for tianeptine  sodium.

Apart from the obvious chemical difference (discussed above), the significant differences are:

Tianeptine sodium is extremely hygroscopic. It will suck moisture from air at an alarming rate. In short, because tianeptine sodium is so hygroscopic, it is cumbersome to store for very long. It begins to degrade the moment it first comes into contact with air. One solution is to use dessicant packets, but your mileage will very.

Article Name
Tianeptine for Social Anxiety, All you need to know
Description
Tianeptine is excellent for social anxiety for many reasons. It has a favourable side effect profile, and unlike other drugs, is non-impairing.
Author
Dr Chuang
Publisher Name
Dr Chuang Nootropic Medicine
Publisher Logo

Author: Dr Chuang
Filed Under: Uncategorised
Picamilon Nootropic Benefits, But how safe is it?
L-Tyrosine and Adderall: Be warned, Read Before Mixing!