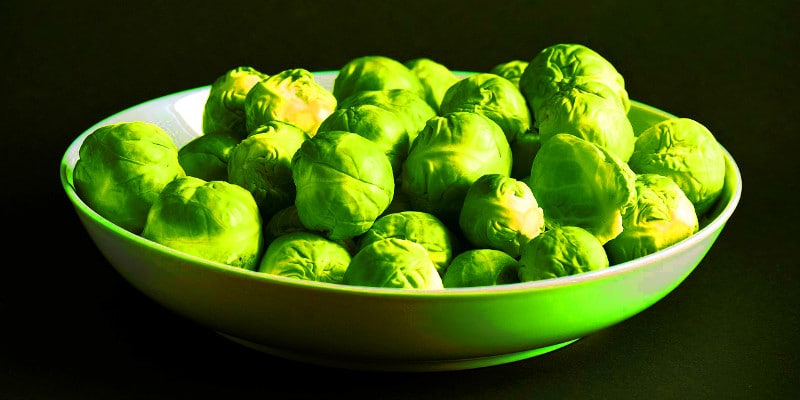 What are the health benefits of Sulforaphane?

There’s something really fantastic about plant-derived nootropics. I’m a big fan of Bacopa, Lion’s mane and the like.

Sure, they’re less exciting than some obscure injectable Russian peptide. But they also have much less downside risk.

All you need to do to realize the benefits of sulphoraphane is eat more cruciferous vegetables. What’s not to love?

Sulforaphane is found in Broccoli, Brussels Sprouts and other cruciferous vegetables and has robust neuroprotective and anti-oxidative effects.

The best results are probably obtained from ingesting sulphoraphane-rich foods rather than the isolated compound.

Many nootropic foods contain a blend of hundreds of compounds which enhances bioavailability and packs more of a punch than an isolated compound.

Case in point: PEITC is a compound also found in cruciferous vegetables and is thought to also have synergistic anti-inflammatory effects with sulforaphane

What is Sulforaphane found in?

Sulforaphane is a naturally-occurring compound belonging to the isothiocyanate group of organosulfur compounds.

It is present in relatively large quantities within cruciferous vegetables, such as broccoli. Brussels sprouts deliver 2x as much Glucosinolate (the precursor to sulphoraphane) than any other source.

Sulforaphane positively modulates cellular events and has a net-beneficial effect on bodily function. This article explores the effects of sulforaphane from food and supplementation has on the body. 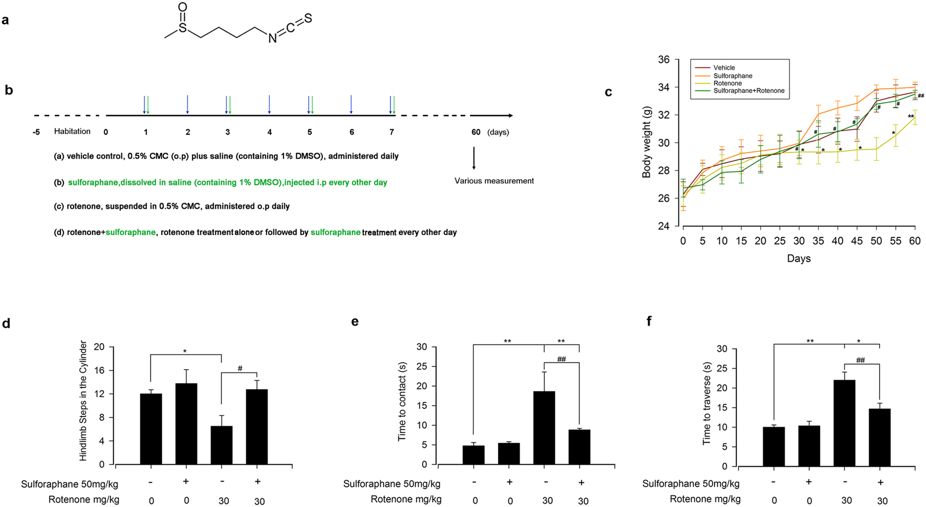 Attribution: Sulforaphane protects against rotenone-induced neurotoxicity in vivo: Involvement of the mTOR, Nrf2, and autophagy pathways.

How to Take Sulforaphane Supplements

What’s the ideal dosage of sulforaphane? Unfortunately, it’s not well established, though we can hazard an educated guess.

Studies in animal models have shown supplementation of 0.1-0.5mg/kg sulforaphane to be biologically active
Based on these findings estimated human doses are as follows

You can obtain these doses of sulforaphane directly from cruciferous vegetables.

The effects of higher doses, while expected to be of further benefit, are not known

Another factor to take into account when considering taking sulforaphane supplements is the formulation.

Consumers are advised to use either an a-cyclodextrin inclusion or an SF-rich commercial supplement. That’s because sulforaphane is more stable and bioavailable in these formulations

Sources and Catabolism of Sulforaphane

In cruciferous vegetables, sulforaphane is found in the form of a prodrug known as glucoraphanin, where it is bound to a sugar moiety

When you chew a cruciferous vegetable, glucoraphanin is converted by Myrosinase into sulforaphane by cleaving the sugar group. Myrosinase is an enzyme present in the broccoli family of plants

In broccoli, sulforaphane is found in the following quantities:

How Does the Body Handle Sulforaphane?

Sulforaphane appears in the bloodstream 1 hour post-ingestion. Peak plasma levels are reached after 4 hours. The elimination half-life of sulforaphane is 2.2 hours and it becomes undetectable in blood 12 after consumption .

Once in the bloodstream sulforaphane rapidly enters cells.

In the intracellular space, Sulforaphane interacts with glutathione, a cellular antioxidant, to form a glutathione-sulforaphane conjugate.

This process is catalyzed by the enzyme glutathione-s-transferase. Finally, once the glutathione-sulforaphane conjugate is formed, it exits the cell via the efflux protein MRP (Multidrug Resistance Protein), and to a lesser extent, P-glycoprotein.

What are the Cellular Effects of Sulforaphane?

While the mechanism of action of Sulforaphane is not completely understood, Hydrogen Sulfide (H2S) likely plays a role.

H2S’ main purpose in the body is to transmit chemical signals which bring about specific physiological or biochemical changes in a tissue or a cell.

The ability of sulforaphane to generate H2S lies in its isothiocyanate group (-N=C=S) which behaves as a sulfur donating molecule for its production. Interestingly, in prostatic cancer cell lines and in mouse liver cells, sulforaphane acts a potent generator of H2S. 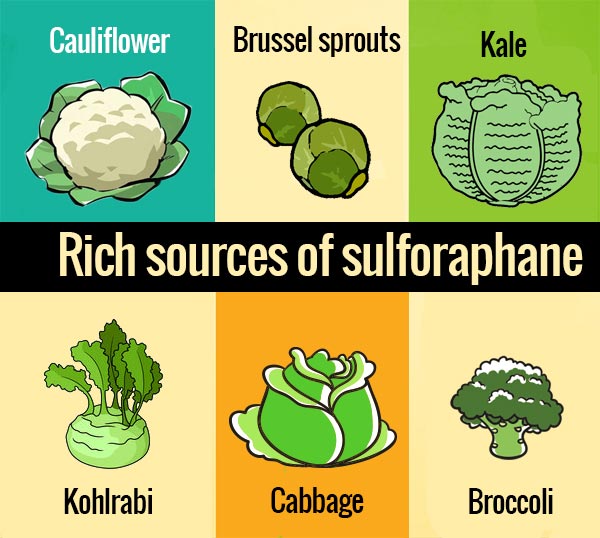 What Benefits Does Sulforaphane have on the Body?

Effects on the Cardiovascular System

Sulforaphane is without a doubt a neuroprotective agent.

In neurons, sulforaphane is a potent inducer of Nrf-2 and an inhibitor of Nf-kB. Inducement of Nrf-2 and inhibition of Nf-kB protects against neurotoxicity and oxidative stress.

Due to its neuroprotective properties sulforaphane supplements could be of use in neurodegenerative disorders and for the management of neuropathic pain. In addition to its neuroprotective effects, sulpforaphane possesses anti-addictive properties whereby associated with reduced cocaine cravings in mice by inhibiting neuronal HDCA (Histone Deacetylase). 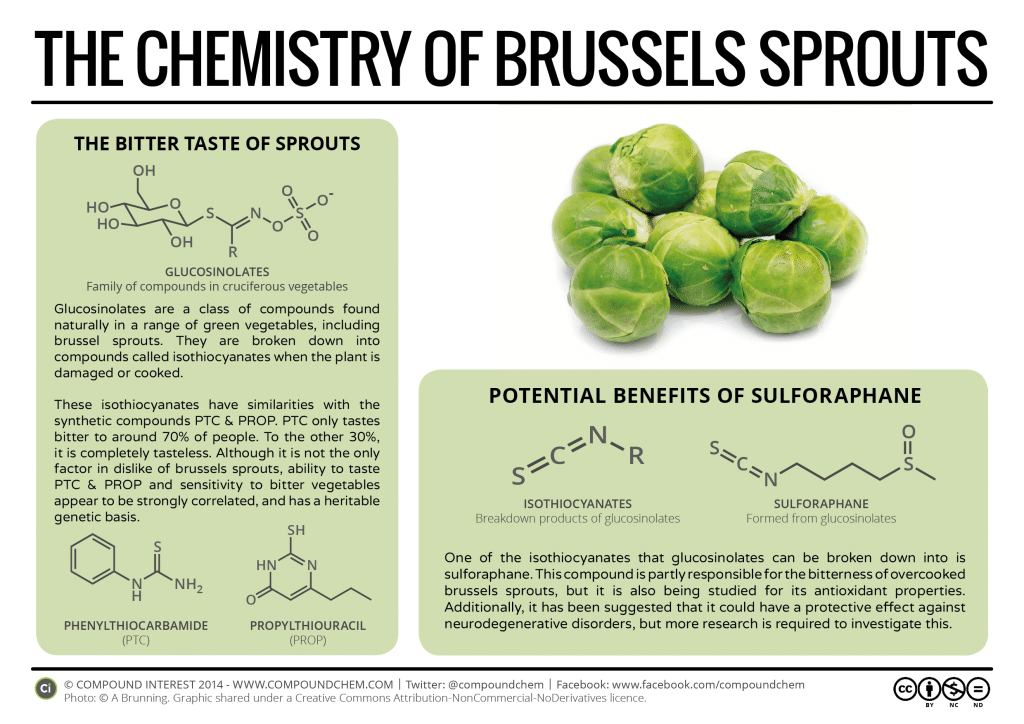 Aging is associated with reduced Proteosomal activity and the build up to modified proteins in cells.

Effects of Sulforaphane on Adipose tissue

Sulforaphane induces lipolysis. This is the processes where fat cells are broken down. This effect of sulofraphane is mediated by its ability to inhibit a protein known as AMPK which in turn enhances activity of the hormone sensitive lipase (HSL).

Sulforaphane acts on skeletal muscle by repressing a protein known as Myostatin.

Abolishment of Myostatin in the body results in muscle growth and reduction in fat mass. This effect of sulforaphane is the result of HDCA and Nrf2 inhibition in myocytes.

Sulforaphane normalizes blood glucose and insulin sensitivity. However, the exact mechanism of this effect is unknown.

Effects on the Immune System

Sulforaphane posses potent anti-inflammatory properties by disrupting the generation of pro-inflammatory signals, an effect mediated by its ability to inhibit the action of NF-kB.

This effect is most obvious in prostate and colorectal as it is able to reach these sites at sufficient amounts to produce anti-cancerous effects.

Sulforaphane slows the progression of kidney disease by suppressing inflammation and oxidative stress. Once again, this effect is mediated by Nrf2.

Does Sulforaphane Have Any Unwanted Effects?

Sulforaphane could theoretically harm the liver indirectly by increasing liver enzymes and cholesterol.

Does Sulforaphane Interact with Other Substances?

Synergistic effects are observed when sulforaphane is co-administered with curcumin in regard to its anti-inflammatory actions.

PEITC is a compound also found in cruciferous vegetables. It has synergistic anti-inflammatory effects with Sulforaphane.

Neoglucobrassicin, an agent also found in cruciferous vegetables, may reduce the anti-oxidative properties of Sulforaphane by preventing its interaction with Nrf2.

When directly consuming cruciferous vegetables, mustard increases the amount of Sulforaphane entering the bloodstream by stabilizing the enzyme Myrosinase leading the production of more sulforaphane.