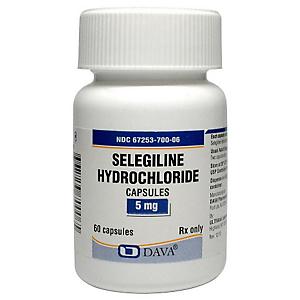 Deprenyl is mainly known as Selegiline. It is a drug which is used to treat different diseases such as depression, senile dementia, and Parkinson’s disease. Deprenyl was mainly discovered in the 60s by Joseph Knoll, who worked at a University in Budapest, Hungary. He was interested in performing a particular research on the variance of the physiology of ‘drives’ among both high and low performing persons. In order to successfully execute the empirical research, a special combination of a molecule was required.

Those which resulted in a similar effect as amphetamine psycho-stimulant and combined with that of monoamine oxidase inhibitors (MAOI) acting as “psycho-energic”. The selected molecule for this research was E-250 which is Deprenyl. It has some special features. The molecule does not alter blood pressure. It is a compound called racemic, which consists of 2 isomers namely enantiomers. There is a (+) enantiomer and a (-) – enantiomer, of Deprenyl. The latter resulted in less hypermotility than the former. The (-) – enantiomer (R-Deprenyl, I-Deprenyl) is today named Selegiline. Deprenyl is used in various medicines, as a treatment for depression and other brain aging dilemmas.

How the brain gets old

The human brain does usually initiate its aging process post to the age of 45 years. This is a universal phenom

Dopamine neurons become old at different rates, there is no constant variable of decrease. It is common that the level of dopamine remains stable within the nigrostriatal region until the age of 45. The normal trend of depletion of the substance in healthy individuals is 13% per decade. The decrease does though accumulate during years, and when it reaches around 30%, a gray area can be spotted in the head. It is a symptom of Parkinson’s disease. The average decrease in dopamine amidst individuals is 13% per decade but this rate does, however, vary from individual to individual.

There are some who experience a more rapid eradication of dopamine. These individuals who experience a rapid vanishing of dopamine will face the Parkinson’s disease. Others, who undergo a typical decrease in the substance, will normally die prior to the appearance of the disease. This particular research was mainly projected by Dr. Jozsef Knoll. He is a very important and revolutionary researcher on Deprenyl. He came forward with a long-term strategy to avoid Parkinson’s disease as he predicted that Deprenyl could avoid the nigrostriatal region to experience the aging effect post to the age of 45 years.

Selegiline (Deprenyl) can act as protectionism against the aging process which is caused by a deterioration of the dopaminergic nervous system. Deprenyl does eventually protect sensitive Dopamine-containing neurons. This decreases the risk of suffering from an aging process. Deprenyl is the prime discovery of MAO-B inhibitors. It is the only MAO-B inhibitor that has been extensively tested in clinical trials.

Research and test on Deprenyl

Deprenyl have various uses. It helps to improve life-span of people in various circumstances. Initially, it is a recommended and approved treatment for Parkinson’s disease by FDA. It does also have some aphrodisiac effects; it ameliorates sexual desire and functioning, mainly for men. The substance is heavily being researched. Analysis has found it to be effective in treating various diseases. Some of the health problems that Deprenyl alleviates are:

General dosage of Deprenyl does vary according to its intended purposes. Those who consume it for the purpose of avoiding deleterious disease such as Alzheimer and Parkinson’s disease will probably be assigned a dose of approximately 20 mg. per day. People who do not suffer from any of these diseases will be assigned a dose of either 2.5mg and up to 5mg at random intake per week. The liquid Deprenyl citrate is considered to be the most substantial form of Deprenyl. It is, thus, the most recommended prescription of Deprenyl.

Deprenyl Side Side effects

Deprenyl has few side-effects but some eventual problems might arise. These can be, for instance, issues such as nausea, upset stomach, and heartburn. The rather uncommon adverse effects of Deprenyl are psychomotor agitation, irritability, and insomnia. It is thought that these effects are derived because of the Deprenyl catecholamine-enhancing effect. These ‘psychic’ effects can be dealt with by the consumption of magnesium.

Deprenyl has become a famous and pertinent medication to treat aging problems. It is a general drug for people who have exceeded 45 years of age. It treats individuals who are suffering from irrational depletion of dopamine.